As a satellite event to BOA's third Art Festival Bank, Bank.Bank we at She Will proudly present Mai Hofstad Gunnes and her film Wave, Whip, Fan. The work deals with the relocation of a biotope and its impact on biodiversity, but also what this implies to our understanding of site and memory.

More information about the festival and program at: www.stedsokerkunst.no

Bank, Bank. Bank is the main event and aims to «create a space where art and site are given the opportunity to work in dialogue». ‘Wave, Whip, Fan’ can be seen in conjunction with this kind of temporary exhibition sites where urban development is the source of movement and change.

The film Wave, Whip, Fan takes as a point of departure a small pond called Gulltjønn located in Gudbrandsdalen, Norway. The pond was moved a couple of hundred meters due to the construction of a new highway. The title of the film refers to tail movements performed by the male smooth newt, Triturus Vulgaris, during courtship. The description of the biotope is based on recorded material from the actual place, and conversations with among others: a biologist, an archaeologist, and a zoologist who were involved in the process of moving the pond.

A film by Mai Hofstad Gunnes 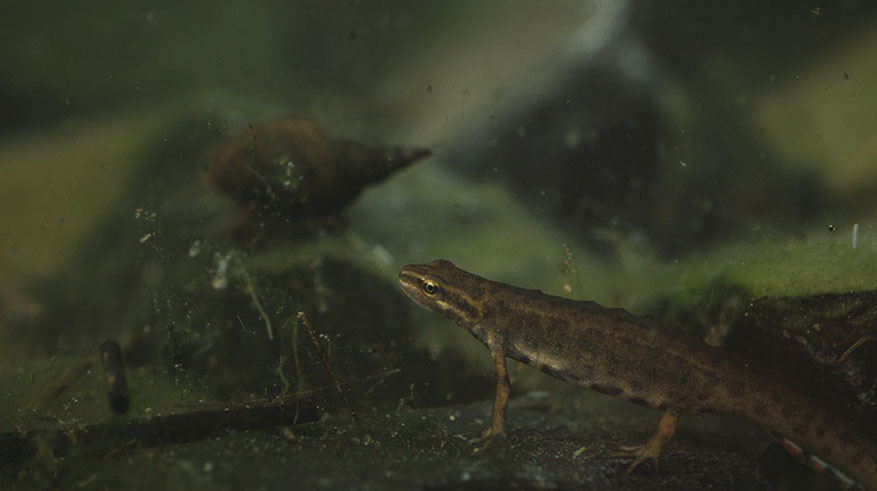 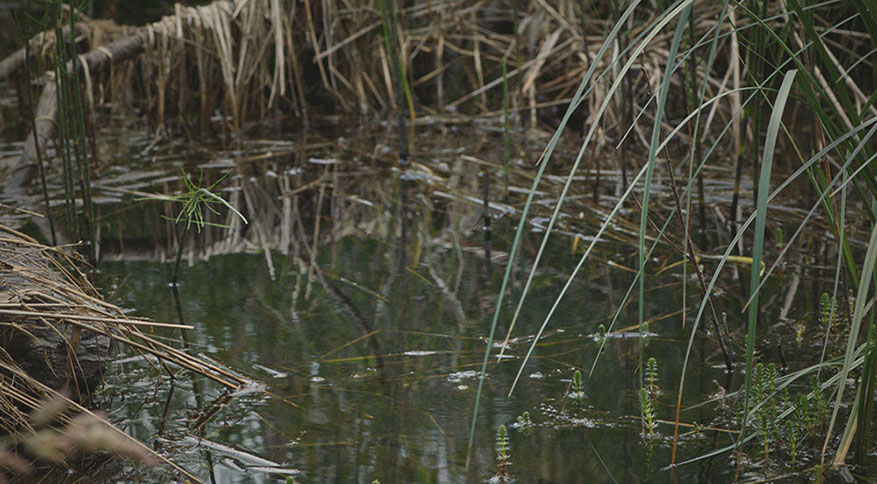 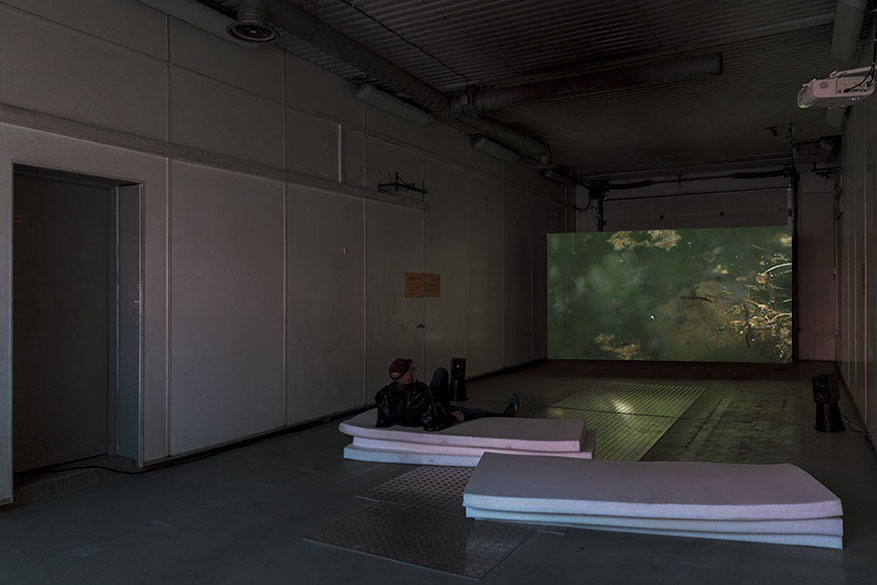 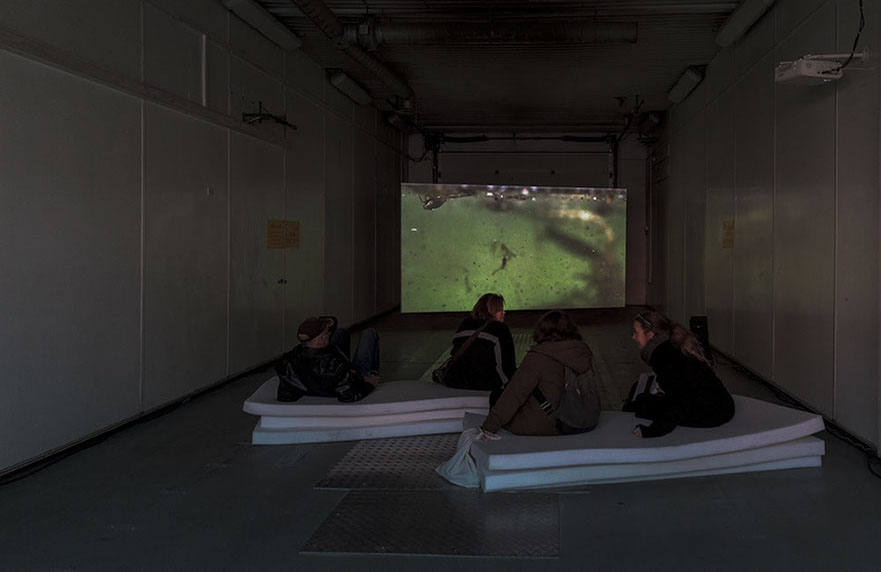 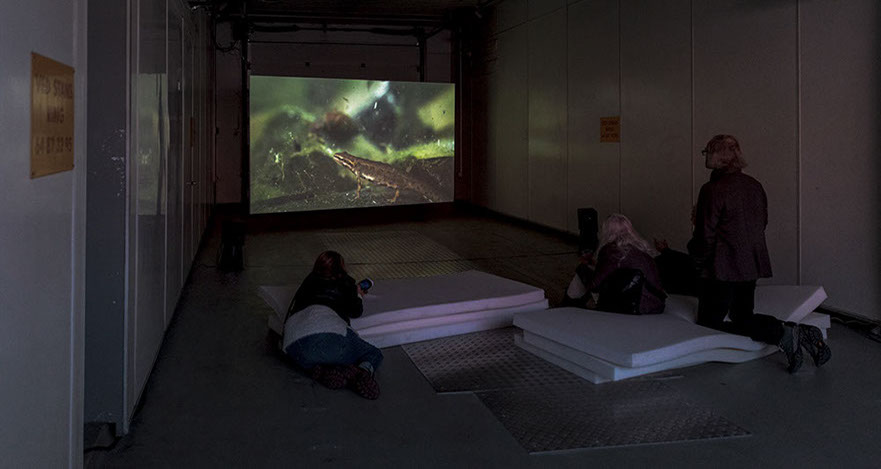